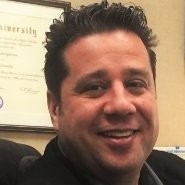 Azati evaluated a Linux software script to identify areas for performance improvement. Using scientific documentation, the team implemented a new method for the software to process large amounts of data at a reduced rate.

The software was optimized to process data in 30 minutes, previously conducted in 2640 minutes. Azati used their expertise and impressive technical ability to deliver a phenomenal service while staying proactive and communicative throughout the process.

Introduce your business and what you do there.

Aptagen develops synthetic antibodies called aptamers. They are used in diagnostic applications and as drug discovery tools as well. I'm the president and CEO.

What challenge were you trying to address with Azati?

We wanted someone to help us reduce the time needed for our software to analyze a fairly large data set.

What was the scope of their involvement?

We had given them a Linux script that we run on bash in Ubuntu in the Windows shell. They took an algorithm we provided to them from a scientific paper that was published. They were able to refine that algorithm such that the processing time was greatly reduced.

We basically handed them our software, gave them a brief rundown of how it worked, along with some documentation. They were able to fairly quickly determine the best ways to optimize it. There was a little bit of back and forth to make sure it was running properly on their side, but for the most part, we weren't required to give a lot of background information. Our main objective and their deliverable was to reexamine the software with the code and figure out how to trim down the processing time.

We were so impressed with their turnaround time and customer service, we decided to start a new project with them.

What is team composition?

How did you come to work with Azati?

They reached out to us on Linkedln. They struck up a conversation about any needs or concerns that we had. I mentioned our need and they were able to accomplish the task

How much have you invested with them?

I prefer to keep this confidential

What is the status of this engagement?

We started working together in September of 2017. The original project was completed the beginning of October 2017, and the work is ongoing.

What evidence can you share that demonstrates the impact of the engagement?

The process of developing synthetic antibodies and aptamers involves analyzing large data. The old process took 2,640 minutes. Azati was able to reduce that down to 30 minutes, which is phenomenal.

How did Azati perform from a project management standpoint?

They're very on top of communication. Each response period was less than 24 hours. There was a slight hiccup on our end where some of our computer resources were tied up. They followed up once every week or so to make sure that the project was still in front of us on our side and in our minds, in case any problems came up that they had to help us with.

What did you find most impressive about them?

They're a group of mathematicians, physicists, and engineers. Their in-depth knowledge and technical ability to take a problem and solve it is in this particular area were impressive. They really know their craft.

Are there any areas they could improve?

They were on top of things from the beginning in terms of testing and getting additional information from us. They were very direct in terms of communication. Maybe as a business, they may want to include a flyer or brochure of what they do as promotional material. When they first reached out to me, I wasn't quite sure what services they provided. If we had some of that information upfront, it would have been helpful.